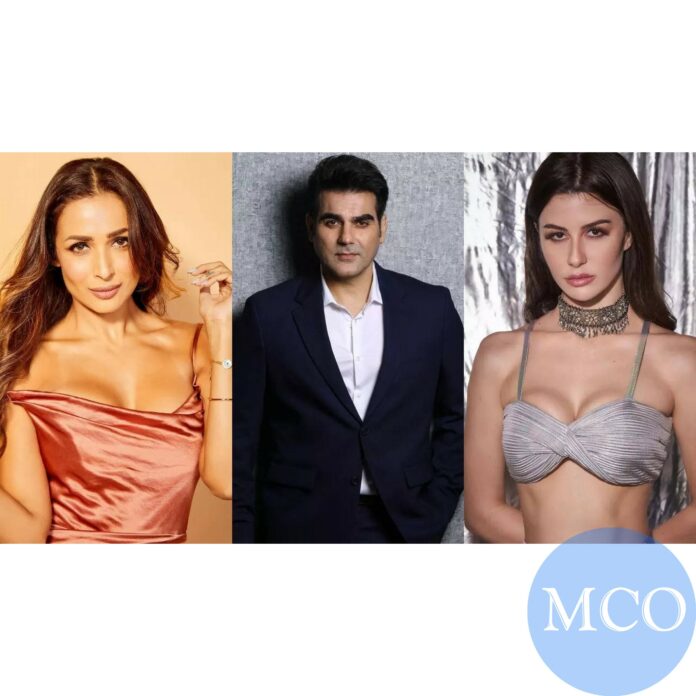 Malaika Arora’s new reality show Moving In With Malaika features several Bollywood celebrity guests who are close friends of the Chaiyya Chaiyya beauty. After Farah Khan, Neha Dhupa and others, filmmaker Karan Johar was seen on the show. The director, who is a close friend of Malaika, spoke about several things and also asked her about her current relationship with ex-husband Arbaaz Khan.
The duo was later seen discussing the rumours of Arbaaz’s breakup with girlfriend Giorgia Adriani.
recommended by

MALAIKA ARORA ON ARBAAZ’S BREAKUP RUMOURS
Karan asked Malaika, “What’s your relationship with Arbaaz Khan now? We haven’t chatted about that in a while.” The actress replied, “I think it’s lovely now. I think we are way better now.”
He then asked Malaika if she felt the need to reach out to her ex-husband after reports of his split with Giorgia surfaced online. “Did you feel the need to reach out when he had a breakup recently? It was written about, I don’t know, I’m not sure.”
Malaika responded, “I don’t know, I will be very honest, I don’t ask. I’m not even that kind of person who asks Arhaan (Khan), ‘What’s going on?’ I don’t do that. I just feel I don’t like to cross a certain path, I don’t like to do that. I feel like I’m crossing that line. I know a lot of divorced couples where they get information out of their kids, I’m not one of them. I tend to stay away from that.”
Related News
Malaika Arora on EX Arbaaz Khans family showing up after her accident They do it because Arhan
Malaika Arora on EX Arbaaz Khan’s family showing up after her accident: They do it because Arhan…

MALAIKA-ARBAAZ DIVORCE
The couple parted ways in 2016 after being married for 18 years. They finalised their divorce a year later. The duo remains on good terms and is often spotted hanging out together with son Arhaan Khan. Recently, they were spotted at the Mumbai airport.
Currently, Malaika Arora is in a relationship with actor Arjun Kapoor.