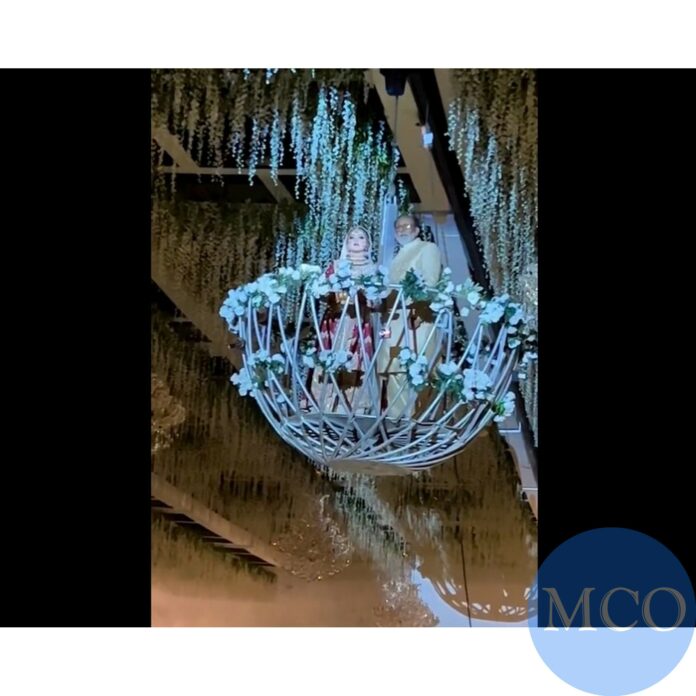 But not all types of entries are fun. Not all entries deserve our appreciation and recommendation. This happens to be one of them.
An ‘over the top’ choreographed entrance of a bride has left netizens angered because it poses a potential risk of injuries.
The entrance is literally over the top as the bride is seen, purportedly accompanied by her father, approaching the main stage by standing inside an oval-shaped platform that was suspended from the ceiling with cables.
Guests watched on from the floor as the bride moved on the platform above them.
Watch video:

The aerial entry, reportedly executed at a wedding in Pakistan, has left netizens fuming after it was posted on Twitter by a Twitter user Fasi Zaka (@fasi_zaka) with the caption: Please don’t let this become a thing”.