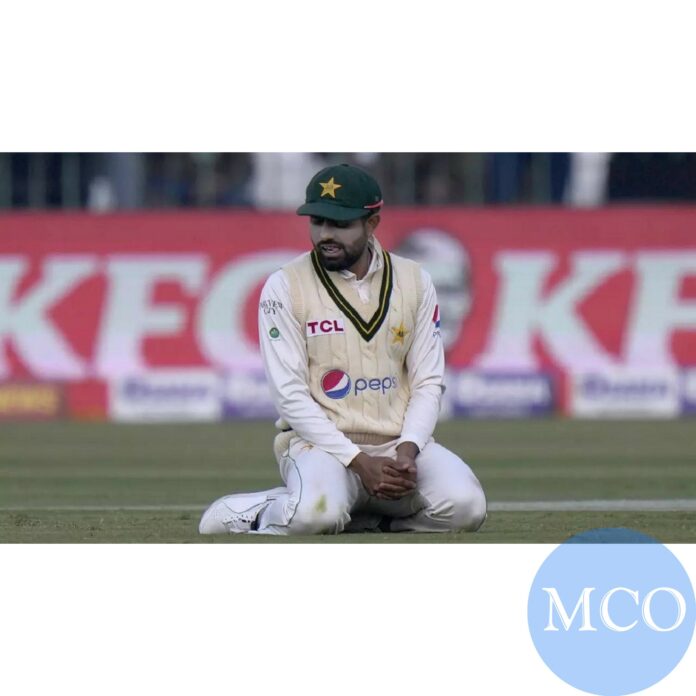 Star Pakistani batter and captain Babar Azam has come under fire recently.Under his captaincy, Pakistan suffered back-to-back Test series defeats at home. The Men in Green lost 0-1 against Australia in March, and then England, in its first Test tour to Pakistan since 2005, whitewashed them in the three-match series. The 28-year-old Babar finished as the leading run getter for Men in Green in the recently concluded series and has also reached the No. 2 position in ICC Test rankings. But despite that, he is getting bashed for the team’s inability to make the most of home conditions and win the matches.
Many former greats and fans have made calls to remove him from the leadership role. But in between all this, he has received strong support from a former England captain, who has predicted that the star right-handed batter will finish his career as an all-time great of Pakistan.
recommended by

“When they play a shot, you sit there and go WOW, whether it be a Babar cover drive, or Root slog sweep, or even a Labuschagne forward defence. Call me boring but I’m an old school of stroking a cricket ball,” Hussain said during an interaction with Cricwick.
He feels the Pakistan captain has delivered despite being under so much pressure from all corners.
“So, I love watching Babar play, and he’s under immense pressure. He’s carrying a batting line-up, in the World T20 I think it was the first I’ve ever since Babar looked out of nick. I think he’ll end up in all-time great, I wish people will cut him a little bit of slack because he’ll go through periods when he doesn’t get runs, and in this part of the world (subcontinent) you get absolutely vilified. But you won’t realise how good Babar Azam is until he’s gone because he is that much of a special talent,” he added.