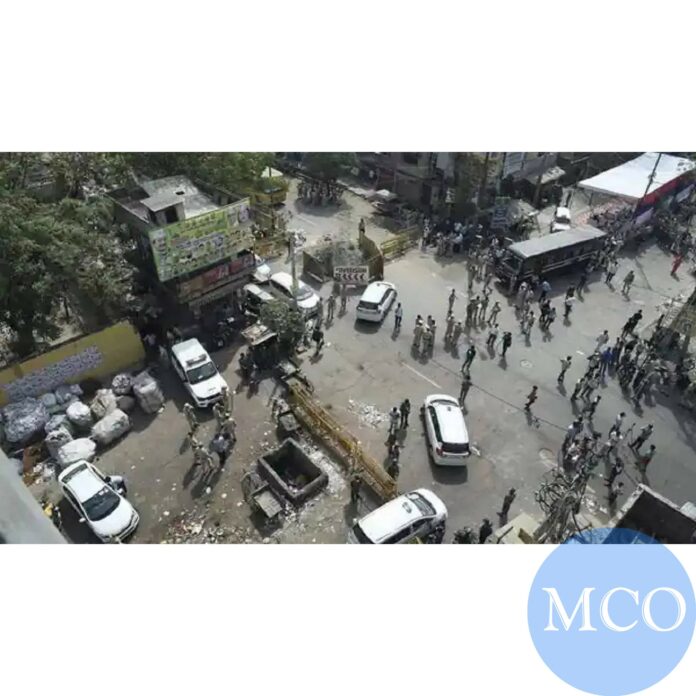 Bhopal: Almost 24 days after violence erupted at Khargone in Madhya Pradesh, authorities on Wednesday announced that all the restrictions put in place under Section 144 have been lifted. The statement was issued by the Khargone district administration last evening, hours after Eid-ul-Fitr and Akshaya Tritiya celebrations concluded.
At a meeting between district administration officials and members of the peace committee (representing all communities), reports were presented, which led to the decision to lift the prohibition order.”The administration on Wednesday convened a peace committee meeting, which was attended by the representatives of all the communities. It was decided with the consent of all that the prohibitory orders issued on April 10 should be withdrawn immediately,” said Sub-Divisional Magistrate Milind Dhoke while talking to reporters after the meeting.

He added: “The prohibitory orders under CrPC 144 have ended from today itself. All the restrictions and curfew have been withdrawn. The situation that prevailed before April 10 has been restored.”
“From Thursday onwards, all religious places and shops will be open,” the SDM said.
The administration had announced earlier on Wednesday that the curfew would be relaxed for 11 hours — from 6 am to 5 pm.