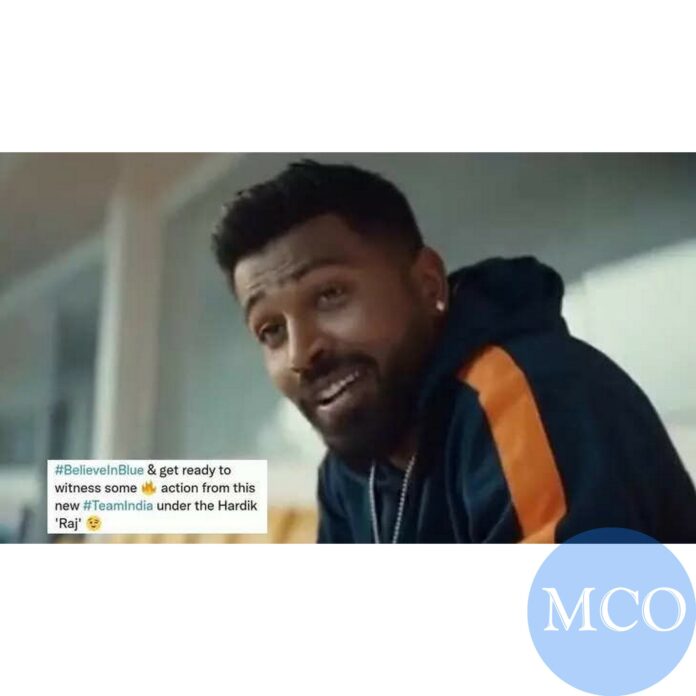 Star Sports had an awkward social media moment ahead of India’s series against Sri Lanka on Sunday, December 25 as the broadcaster jumped the gun in revealing the captain for the Men in Blue’s home assignment. Star Sports launched the promo for the Sri Lankan series featuring all-rounder, Hardik Pandya, with a tweet saying, “… new Team India under the new Hardik Raj’.
The all-rounder, who led the side in India’s first T20 assignment after the T20 World Cup against New Zealand is expected to lead the side again in the absence of Rohit Sharma, who is nursing a thumb injury, which he sustained during the second ODI against Bangladesh. However, a broadcaster revealing it and making a promo about it even before the official announcement didn’t give a good look and the fans took note of it. Star Sports deleted the tweet and shared the promo again but with different words this time around.

The promo was launched hours after the Indian team got done with their final series of 2022 against Bangladesh. The team in the absence of regular skipper Rohit Sharma avoided a mishap in the second Test as they were 74/7 chasing a target of 145 but Shreyas Iyer and Ravichandran Ashwin got the side home with an unbeaten stand of 71. India sealed the series 2-0 and improved their chances of making it to the final of the World Test Championship (WTC) for the second time in a row.

The upcoming Sri Lanka series will be the first assignment for the Indian team in the new year starting January 3, 2023. The two Asian rivals will lock horns in three T20Is and as many ODIs.
The team yet to be announced for the series will be picked by the outgoing selection panel led by chairman Chetan Sharma with the new committee yet to be named. The old panel was sacked following India’s T20 World Cup debacle.