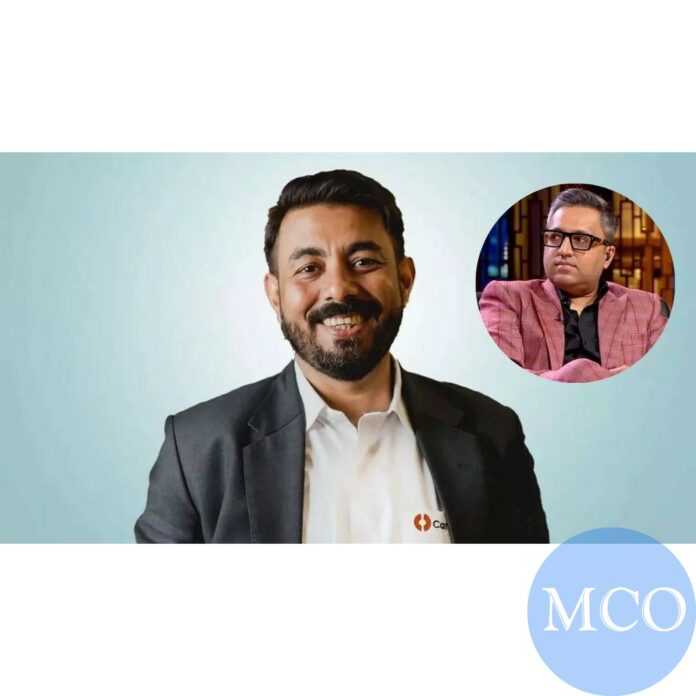 On social media memes
A show in today’s day and age is successful if memes are made on them. Ask him if he’s seen them and often spots them on social media, he said, “I have watched all episodes of Shark Tank season 1, but I am not a memes kind of a guy who follows memes, etc., but I do see the ones forwarded on WhatsApp, etc., of course. I don’t intentionally search for them. I know many dialogues are popular, that I have noticed.”

What can one expect from him
Ask him if he is the humourous kind, serious kind, among other things, and what can viewers expect. He says, “What do you expect for me? I think I am probably detail oriented, when it comes to work, and the questions I ask. I am a very attention to detail kind of person. I come from a joint family kind of background, so I have a human touch to things, I don’t know what is going to come off on screen because its going to be a few minutes on the show, so I’d rather not comment on that right now.”

Shark Tank India season 2 went on air this week and while fans of the show do miss Ashneer Grover, we have a new Shark joining us this season – Amit Jain. As an entertainment correspondent, it was actually fun speaking to an entrepreneur, and understand how everything can co-exist, beautifully so. The CarDekho co-founder spoketo us about his part on the show, social media memes, and more.
On not being a replacement of Ashneer
We spoke to him about how Ashneer’s one-liners, among other things, were quite popular, and asked him if we would see him be that person too, and Amit said, “I think I am a new shark on the show, with my own ingredient and flavour. I think every Shark on the show, including Ashneer, or others, bring a new personality to the show. I am definitely not replacing him, I am adding a new flavour to the show with my own style and my way of running things.”