‘Canine’s morning meal of a game’: NZ star pummels call to end second Test versus PAK with three overs in excess because of terrible light 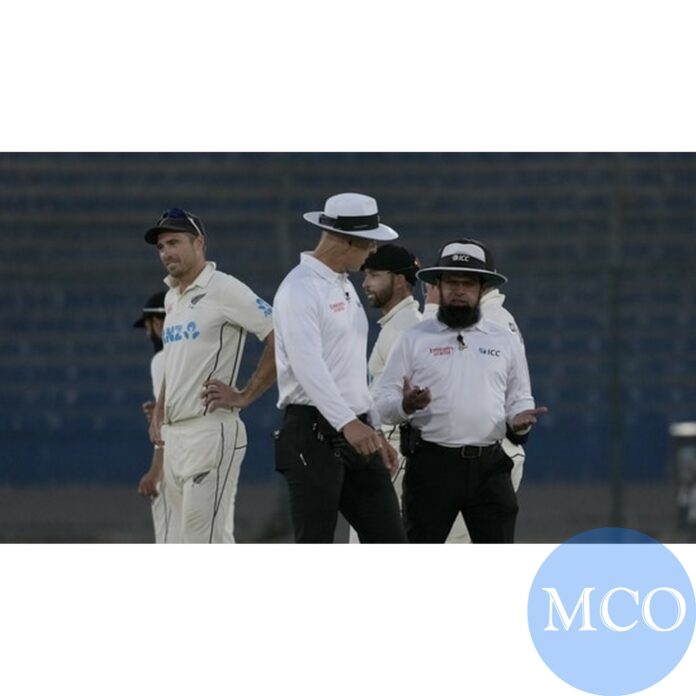 The second Test ended up having a tight finish with Pakistan being just 15 runs short and New Zealand being one wicket away from winning before the umpires decided that the light was not good enough for the match to continue.

The second Test between Pakistan and New Zealand wound down to an extraordinary finish on Friday with both sides being with a realistic chance to win the match. Sarfaraz Ahmed’s gritty century on Day 5 kept Pakistan with a chance to win despite wickets falling at the other end while chasing a target of 319. Sarfaraz ended up being the 10th wicket to fall after making 118 in 176 balls and the Kiwis then brought the fielders in to surround the two tail-end batters with less than 10 overs to spare in the day.

However, Pakistan also needed only 32 runs to win when the last wicket partnership began and Naseem Shah reduced that margin by hitting over the field and finding the boundary a few times. In the end, Pakistan needed just 15 runs to win with about three overs to spare in the day when the umpires decided that the light was not good enough for the match to go on. The two sets of players shook hands and the second Test, like the first, finished in a draw.

There were a few who were miffed by the decision to end the Test potentially right before a result could have come. Among them was former New Zealand all-rounder Scott Styris and Kiwi star Jimmy Neesham. “Both teams had a chance of winning and we come off the field with 3 overs to go. Exhibit A of why test cricket is in trouble. Well done both teams for battling all the way,” Styris said in a tweet.