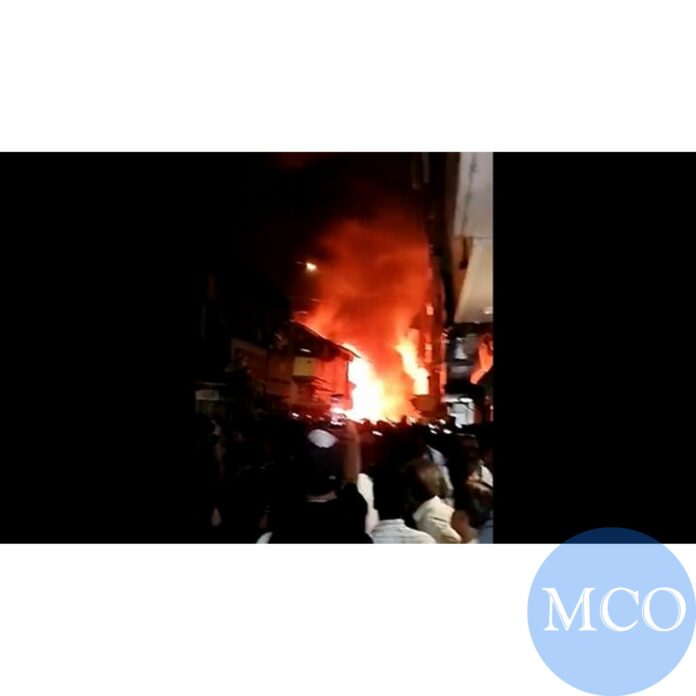 A massive fire broke out at a market in Masjid Bunder area in south Mumbai’s Abdul Rehman Street on Saturday evening. Around four fire engines have been rushed to the location and no injuries have been reported so far, according to an official. The fire was reportedly caught at 8:15 pm and the cause has not been ascertained so far.

“The fire is confined to seven eight shops on the ground floor. There is no report of injury to anyone as of now. More details are awaited as firefighting operations are on. The cause is yet to be ascertained,” a civic official was quoted as saying by news agency PTI.

Several video clips of the purported fire have been shared on the internet where large flames are seen engulfing what seem to be shops nearby. People are seen gathered in the area and trying to douse the fire with buckets of water.