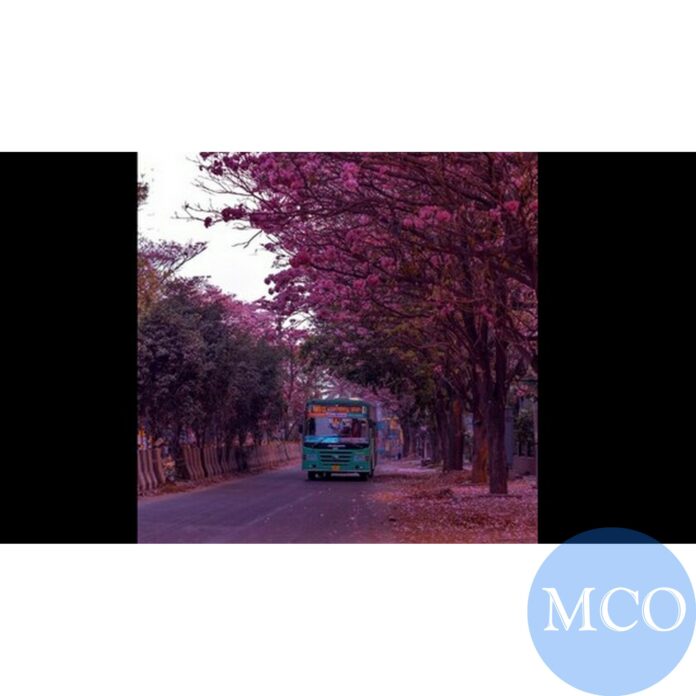 Bengaluru streets have turned in hues of pink colour as the cherry blossoms have taken over the city in full bloom. These cherry blossoms come from a neotropical tree called Tabibuea Rosea. As its the season of their growth, one can witness the beauty of it while walking around the streets of Bengaluru.

Beautiful pictures of the tall trees decorated with Pink blossoms have also been posted on the official Twitter account of the Karnataka Tourism Department. These images which are from AECS Layout, Whitefield, were originally taken by Instagram user @reflectionofmymemories and then reshared by Karnataka Tourism.

The department in the post’s caption informed, “The Pink Trumpets or the Tabebuia Avellaneda have started to blossom here in Bengaluru. That time of the year when certain parts of Bengaluru turns completely pink.”

This post was made on January 16. Since being shared, it has been liked 1500 times and has had several likes and comments.

Take a look at some of the reactions below:
One person in the Twitter comments section said, “Quite early this time. Pink trumpets and Jacaranda trees usually bloom in their full glory only in late March – early April, followed to by the flaming red gulmohar.” A second person wrote, “I miss Silkboard to HSR Layout stretch, which was painted in Pink during this time of the year.” A third person added, “It’s looking too good.”