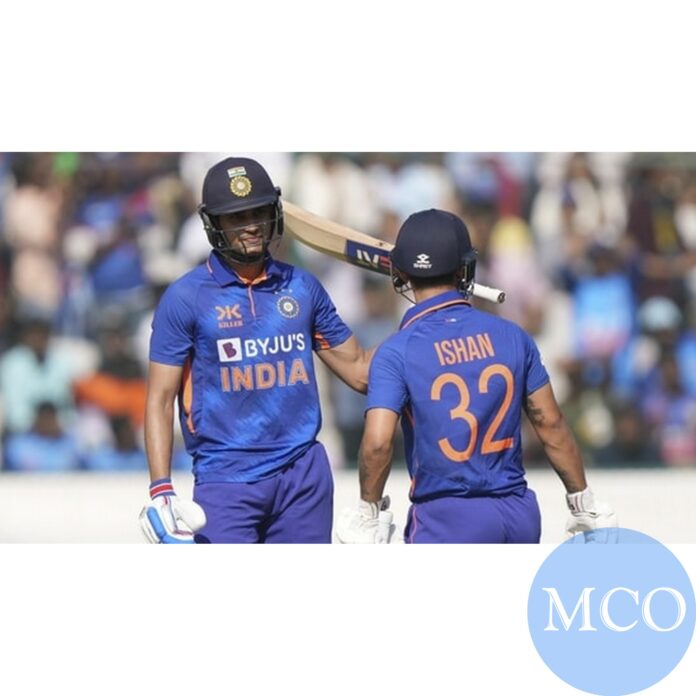 Indian opener Shubman Gill slammed a sensational double-century in Team India’s thrilling final-over win against New Zealand on Wednesday. The Player of the Match also gave Ishan Kishan a special mention after the hosts defeated the Black Caps by 12 runs.

Indian opener Shubman Gill fashioned Team India’s impressive win over New Zealand in the high-scoring contest at the Rajiv Gandhi International Stadium in Hyderabad on Wednesday. Days after his teammate Ishan Kishan slammed a stunning double century in Bangladesh, Indian opener Gill became bettered the left-hander by becoming the fastest to the landmark in ODIs at the age of 23.

Gill smashed a blistering 208 off 149 balls in the 1st ODI between the 2019 World Cup semi-finalists. Gill’s sublime knock powered India to 349/8 in the 50-over contest. The Indian opener was named the Player of the Match for his majestic innings that was laced with 19 fours and 9 sixes against the top-ranked ODI side. Speaking at the post-match ceremony, the Indian opener gave Kishan a special mention.

When asked about joining Kishan in the elite club of double century-makers, Gill told sports presenter Harsha Bhogle that the Indian wicketkeeper-batter is one of his best friends. “He (Kishan) is one of my best mates. I was there when he scored his ODI double-hundred and it was special. It feels nice when you want to do something and it is coming off regularly. Definitely a sense of satisfaction. It (double ton) has sunk in pretty well. The game went much closer than I expected,” Gill said.