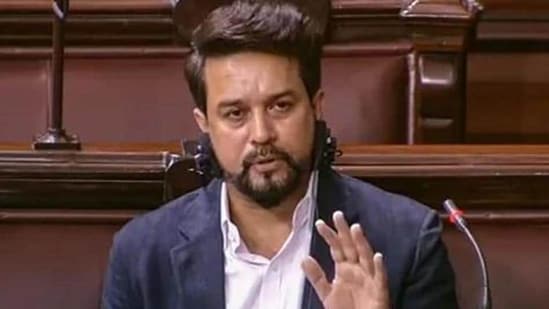 Last evening, the Centre suspended WFI Assistant Secretary Vinod Tomar and suspended all activities of the wrestling body till the completion of the investigation into the allegations.

The government has heard from all wrestlers on allegations of sexual harassment against Wrestling Federation of India (WFI) chief Brij Bhushan Sharan Singh and coaches, union sports minister Anurag Thakur said Sunday. This comes a day after the government suspended WFI official Vinod Tomar and suspended all activities till the wrestlers’ claims are investigated.

“Centre has heard all players pertaining to allegations levelled against WFI. A tournament was stopped immediately, Additional secretary was sacked and an oversight committee will begin an impartial probe so that everything gets clear,” Thakur told reporters in Kolkata.

On Tomar’s suspension, the ministry to allow him to function in his post would be ‘detrimental to the development of this high-priority discipline’, news agency PTI reported.

Officials also reportedly said the soon-to-be-formed oversight committee – to operate under the sports ministry – will have power to take all decisions on matters about Indian wrestling.

The government also cancelled a tournament due to be held in Sharan’s stronghold of Gonda.

There was a huge celebration with garlanding, presentation of bouquets, shouting of slogans, cutting of cake just a fortnight ago to mark Singh’s 66th birthday in the presence of a huge crowd at the Nandini Nagar Stadium in his home town Gonda, Uttar Pradesh.